The Advantages of DC

Due to a higher efficiency, DC transmission lines can move more power in a given right of way, reducing the need for multiple rights of way and allowing for a smaller footprint.

Historically, the transfer of electricity between regions of the United States has been over high-voltage alternating current (AC) transmission lines, which means that both the voltage and the current on these lines move in a wave-like pattern along the lines. In North America, this change in direction occurs 60 times per second (defined as 60 hertz [Hz]).

Unlike an AC transmission line, the voltage and current on a direct current (DC) transmission line are not time varying, meaning they do not change direction as energy is transmitted. DC electricity is the constant, zero-frequency movement of electrons from an area of negative (-) charge to an area of positive (+) charge.

The first commercial electric power system built by Thomas Edison in the late nineteenth century carried DC electricity, but, given some early advantages, AC power eventually became the primary power system in the United States. Over the last 40+ years, DC projects have shown to offer significant electrical, economic, and environmental advantages when transporting power across long distances.  Across the world, there has been a veritable boom in the use of DC to tap energy resources in remote areas and bring the energy to consumers in more heavily populated areas. Some of the first DC lines were built in the United States.  Among those DC lines is the Pacific DC Intertie, which has been in operation for over 30 years. Operating at ±500 kilovolts, the line is capable of transmitting up to 3,100 megawatts of power.

Currently there are more than 20 DC transmission facilities in the United States and more than 35 across the North American grid, as indicated in the map below. 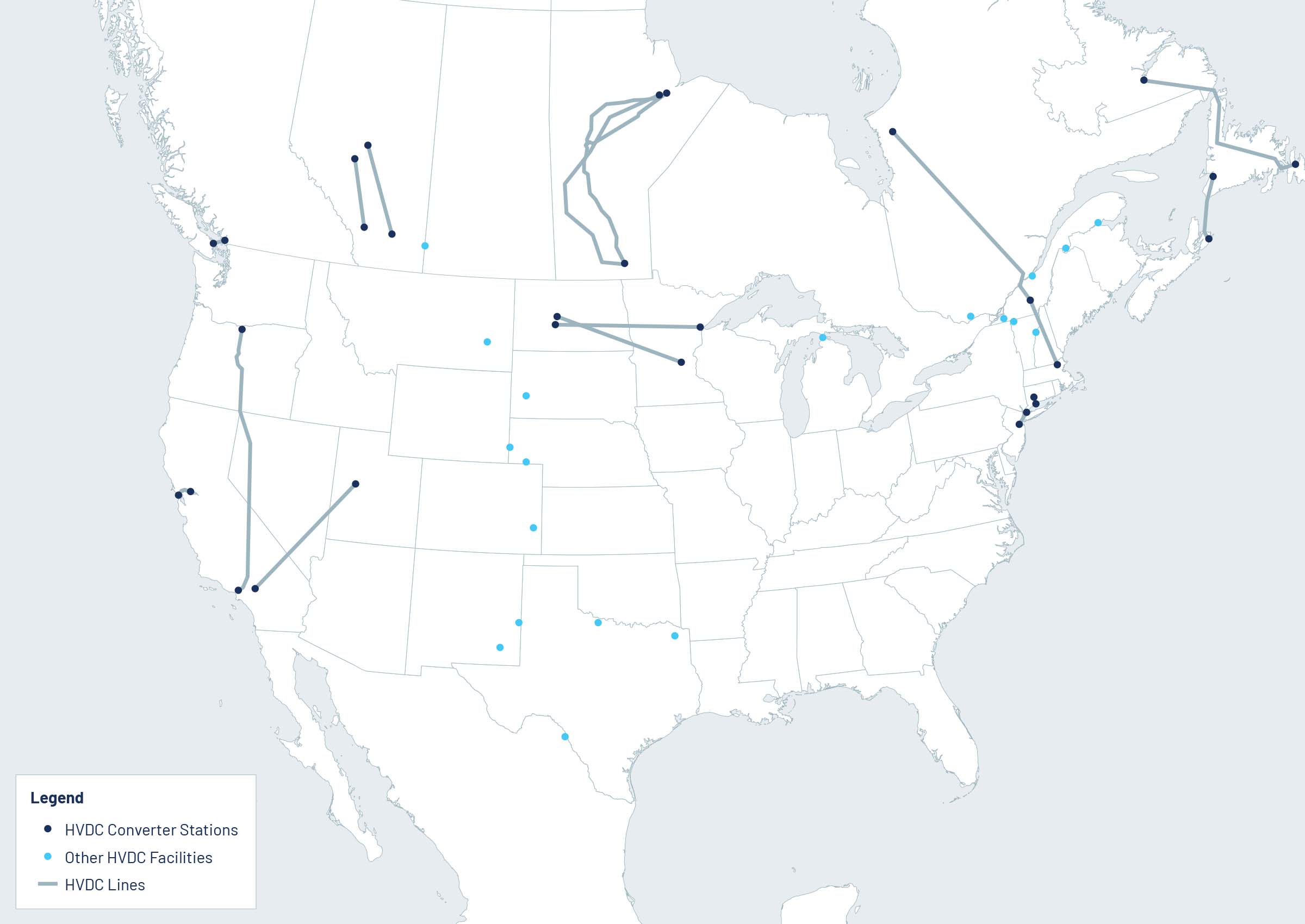 Building America's Next Generation Infrastructure to Power Our Future.